A quiet piece of farmland in Rutherford County may not stay that way for long.

Developers are seeking a zoning change to build more than 700 houses, townhouses, and senior living homes.

McGill addressed the La Vergne Board of Alderman urging the city and developers to make sure the infrastructure is there.

“I don’t necessarily oppose this one. I want more information on it, and I want to make sure traffic has been considered,” said McGill.

In the grand scheme of things, this is just another development in a booming city of a booming county.

As more people move to Rutherford County, local governments have to keep up, which includes the school system.

School board member, Aaron Holladay, said there are 47 schools in the Rutherford County system.

The vast majority of the schools are at capacity, including Rock Springs Elementary, which sits across the road from the vacant farmland.

An expansion is planned, but space will be tight.

“We keep a five-year building program in place,” said Holladay. “And an expansion at Rock Springs Elementary is part of that. That being said, it’s still a significant concern when we have 700 homes coming into an area, and the number of children that will impact the schools with.”

In rapidly growing cities and counties, there’s also the concern about public safety.

La Vergne Fire Chief Rick McCormick welcomes more people. He said the department will just have to grow as well.

“From emergency services, from fire’s perspective on all this, it’s 700 residences,” Chief McCormick said. “But our city’s going to grow regardless.”

Driver Who Killed Woman on Scooter Apologizes During Sentencing 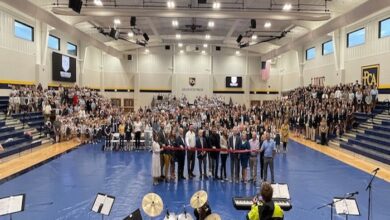