Dr. Frederick Strickland Rolater, age 81, was born to Frederick Gladstone and Vern Janet Strickland Rolater on July 22, 1938 in McKinney, TX. He was predeceased by his parents and his first wife of 55 years, Jeannette Baker Rolater. He is survived by his wife of 2½ years, Wanda Gatewood Rolater. He is also survived by his stepsons, David Gatewood and his wife Lisa and Kelly Gatewood; and step-grandchildren, Connor, Kelsey, Harlan, and Samantha. He is also survived by many cousins including Curtis and Faye Brown and their sons Craig, Eric, and Jason and their children.

Fred spent his early years in Oklahoma and came to Tennessee in 1941 when his father became chief chemist for a war factory. In 1943, the family was transferred to the Mt. Pleasant, TN plant. Fred attended Hay Long Elementary and Hay Long High School in Mt. Pleasant graduating as the class valedictorian in 1956. He then went to Wake Forest University as its first National Merit Scholar and graduated Summa Cum Laude, Phi Beta Kappa, and Phi Alpha Theta among other honors. Fred and Jeannette married on August 5, 1960 and moved to Los Angeles where he attended the University of Southern California from which he received both his M.A. and Ph.D. degrees in history. From 1963-64, he was Associate Professor of Social Sciences at Blue Mountain College in Mississippi and from 1964-67 served as Professor of History and Chairman of the Department at Grand Canyon College in Phoenix, AZ. He came to Middle Tennessee State University in 1967, a school with which he was associated for over 50 years rising to full professor of history and eventually professor emeritus. For many years, he headed the Doctor of Arts program in history. He was MTSU’s first Fullbright Senior Professor teaching at the University of Kyushu and Seinan Gakuin University in Fukuoka, Japan for the 1987 school year. Though his field of specialty was Early National U.S. history, Dr. Rolater became one of the founders of the academic study of the History of the American Indian. He retired from MTSU in 2000 and became Professor of Church History at the Korea Baptist Theological Seminary from 2000-2006. Retiring again, he came back to Murfreesboro and taught Tennessee History for MTSU until 2017. Dr. Rolater was the author and co-author of five books and numerous scholarly articles.

Dr. Rolater’s other great interest was church work. He accepted the Lord as his Savior in October 1949 and has been active in Southern Baptist Churches ever since. In 1967, Fred and Jeannette joined Southeast Baptist Church in Murfreesboro with which he was been associated for over 52 years. On the local church level, Fred served as Sunday School teacher, Training Union leader, Baptist Men’s leader, deacon, and Chairman of deacons many times. He served as Ministers to the Senior Adults at Southeast Baptist. On the Associational level, he served on numerous committees and as Moderator of Concord Association from 1999-2000. He also wrote Concord 200, the history of the association which came out in 2010. On the Tennessee Baptist level, he was the first Chairman of their History Committee and was closely associated with the Tennessee Baptist Historical Society, serving as President for a number of years. On the Southern Baptist Convention level, Fred was a trustee of the Historical Commission of the Southern Baptist Convention from 1987-1995 and closely associated with the Southern Baptist Historical Society which became the Baptist History and Heritage Society. Finally, Fred and Jeannette were Southern Baptist International Mission Board Master’s level missionaries in Daejeon, South Korea from 2000-2006 where they not only taught at the seminary but he was pastor of the International Congregation associated with Dae Heung Baptist Church. One of his greatest accomplishments was working toward the establishment of New Life Laotian Baptist Church in Murfreesboro which grew out of a mission inside Southeast Baptist to become the first full time Laotian Baptist Church ever. It was also one of about 30 church plants with which Dr. Rolater was associated.

Gifts other than flowers may be made to the Lottie Moon Offering for International Missions through Southeast Baptist Church, 708 Minerva Dr, Murfreesboro, TN 37130 or to the Gideons for Bibles.

Visitation with the family will be Tuesday, November 26, 2019 from 4:00pm until 7:00pm at Woodfin Memorial Chapel. Funeral services will be Wednesday, November 27, 2019 at 11:00am at Southeast Baptist Church. Burial will take place in Evergreen Cemetery. 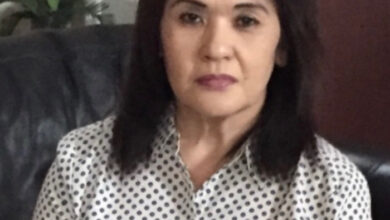 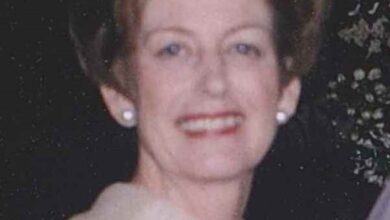 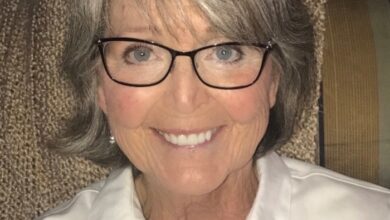