A Murfreesboro firefighter and an Emergency Communications specialist were among those honored with the Jerry Anderson Hero Award from the Murfreesboro Branch of the NAACP Saturday (Jan. 25). The awards were presented at the Dr. Martin Luther King, Jr. Breakfast held at Middle Tennessee State University James Union Building.

Murfreesboro Fire Rescue Department (MFRD) Engineer Tim Rowlett received the award for his self-less actions July 21, 2019. Rowell was off-duty but responded to a fire near his home in his personal vehicle to assist with firefighting and the transport of an injured County firefighter. He used his four-wheeler to move water and personnel up to the front of the line and made it possible to move an injured firefighter from the hot zone to an ambulance 2,500 feet away. As the scene ended, Rowlett used his truck and trailer to haul the county’s fire hose to a safe location so they could reload it.

“Rowlett is a prime example of the caliber of firefighters that make up the Murfreesboro Fire Rescue Department,” MFRD Chief Mark Foulks said. “Our firefighters are never off-duty when it comes to helping our citizens and fellow firefighters.”

Dispatcher Brady Lutton earned the award for helping to convince a suicidal man who was nearly 500 miles away in Gulfport Mississippi not to take his life. He encountered the on a firefighter’s Facebook chat group December 26, 2019. The distraught man thanked Lutton for saving his life.

The Hero Award was named in memory of Jerry Anderson. Anderson drowned after jumping into the Stones River, saving the lives of two young boys May 27, 1989. He was a Central High School football star who went on to play for the University of Oklahoma. He also played in the National Football League with the Cincinnati Bengals and the Tampa Bay Buccaneers.

City Councilman Kirk Wade was presented the Humanitarian Award at the event.

Tennessee Branch of the NAACP President Gloria Sweet-Love was the keynote speaker at the breakfast.

New Murfreesboro Fire Station 11 should be operational this spring 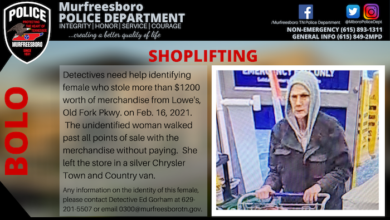 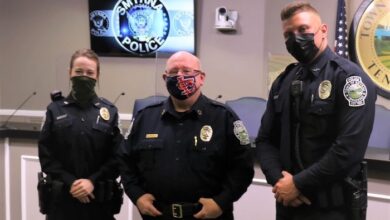 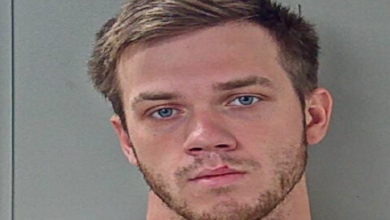 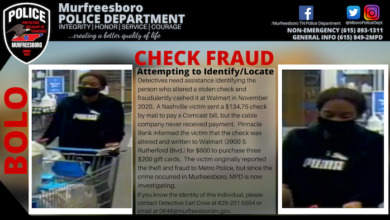