Gene Sloan, age 90, passed from this life September 1, 2020, at home in Murfreesboro, TN. Born July 31, 1930 in Lebanon TN to the late Gene H. Sloan Sr. and Lillian White Sloan, he managed to live a very long and full life despite his love of experimental aircraft, antique MGs and motorcycles.

The family moved from Lebanon to Murfreesboro in 1944, where he graduated from Central High School and Middle Tennessee State University, and he later earned his Master of Science degree from the UT Space Institute. After serving in the U.S. Air Force, stationed in London, England, Mr. Sloan returned to Murfreesboro and had a 40-year career as an aerospace engineer at AEDC in Tullahoma, TN.

He was a lifetime member of the North Boulevard Church of Christ and the Murfreesboro Lions Club, which he had served as president and district governor. A private pilot since age 16, he was an enthusiastic homebuilder of experimental aircraft, winning a national Wright Brothers award in 1991 for an airplane he built in his garage, and many regional awards for classic cars he restored. He was a lifetime member of the Experimental Aircraft Association and enjoyed the fellowship of the Murfreesboro EAA Chapter.

In addition to his parents, he is predeceased by wife Thelma Gray Sloan, wife Anne Beard Ferrell Sloan, and sister Anne Sloan Saunders. He is survived by brothers Joseph Sloan and Bill (Sharon) Sloan, sons Carl (Tina) Sloan, Steve Sloan, Tommy Sloan and daughter Nancy Sloan (Mike) Williams, granddaughters Kelsey Sloan and Emma Williams and step-grandson Keel Williams, and several nephews and nieces. The care and compassion in recent years of the Ferrell family, particularly Carol Ferrell, is much appreciated. Visitation will be held Sunday, Sept. 6, 2020 at Woodfin Memorial Chapel in Murfreesboro from 1 to 3 p.m., with the service at 3 p.m. Burial to follow immediately at Evergreen Cemetery. Safe visitation is encouraged by wearing a mask at the chapel. In lieu of flowers, memorials may be made to the Murfeesboro EAA Chapter 419, 1934 Memorial Boulevard, Murfreesboro TN 37130, the Murfreesboro Lions Club or the charity of your choice. 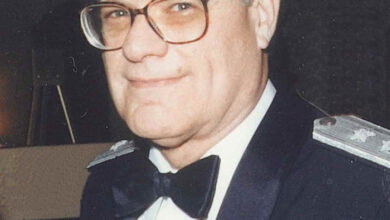 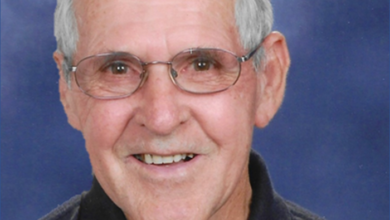