Single mother and MTSU student Kirsten Cunningham vividly recalls the exact moment she learned she had received a prestigious Goldwater Scholarship. People working with and around her in the Science Building remember it, too.

“It was 11 a.m. and I was in the middle of an organic chemistry lab,” Cunningham said about reading the email. “I started jumping up and down and I ran out the door to tell my mentors (David Nelson and Preston MacDougall).”

A Goldwater Scholarship, named for the late U.S. senator and 1964 Republican presidential candidate Barry M. Goldwater, is something to be excited about. It is worth up to $7,500.

The Barry Goldwater Scholarship and Excellence in Education Foundation was established by Congress in 1986 to serve as a living memorial to honor the lifetime work of Goldwater, who served his country 56 years as a soldier and statesman, including 30 years as a senator.

The scholarship announcement capped a week where Cunningham, 26, a rising junior from Murfreesboro by way of Palmer, Alaska, also received a first-place recognition in a College of Basic and Applied Sciences presentation.

“Overall, it was a wonderful week,” she said.

What this means for Cunningham, who now is double majoring in biology and chemistry, is “that it unlocks all doors and breaks the glass ceiling for me. I will be the first in my family to get a Ph.D.” Her research involves host pathogen interactions.

“This will allow me to explore myself academically in ways I have otherwise been unable,” she added. “I am a single mom. I work 20 to 30 hours a week to pay for child care. With this scholarship, I’ll be able to spend more time with my son and spend more time on my research.”

Alex Cunningham, 8, will be a rising third-grader when school resumes in August.

Cunningham’s other assistance has come from a Pell Grant and a one-time $4,000 scholarship from the June Anderson Center for Women and Nontraditional Students. She’ll also utilize an MTSU Undergraduate Research Experience and Creative Activity grant this summer just as she did in 2016.

While living in Alaska, Cunningham, a child prodigy, studied music and American sign language at a community college as a 10-year-old.

“Before I got into science, music was my passion,” she said. “It helps me — as kind of an outlet — do what I want to do with science. I am a singer and flute player. Music allows me to express myself artistically.”

After high school, community college and the birth of her son, Cunningham took a hiatus from college. She became an insurance agent.

“I was good at it (insurance), but it was never my calling,” she said. “I wanted to reinvent myself, and everything has opened up for me.”

Her interests include music, photography, anything in the lab, chess and hiking at Fall Creek Falls State Park.

Cunningham is the first Goldwater winner since Daniel Murphy in 2013, though several MTSU students received honorable mention. For a list of all honorees, visit http://www.mtsu.edu/honors/cumulative-awards.php. 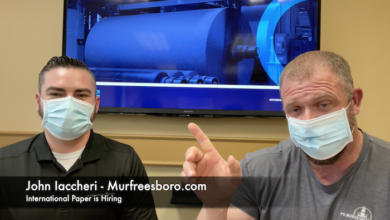 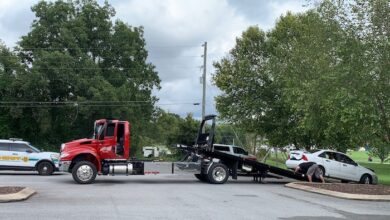 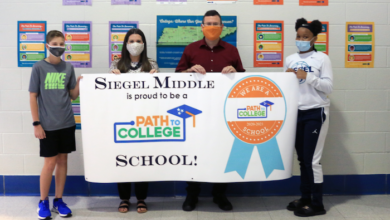 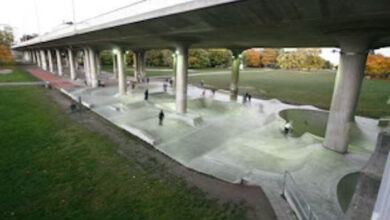