Ervin began pursuing his doctorate shortly after beginning his career with Rutherford County and was on track to graduate in December 2020. Ervin passed away in April 2020 after suffering a massive heart attack.

His wife, Debbie, says that with the help of a “wonderful friend,” Liberty University awarded that long-awaited Doctorate of Education to her late husband in June 2020.

Debbie, who affectionately refers to her husband as “a man larger than life,” could not be more proud of his accomplishments and his impact on education, public safety, and community improvements through his professional and political career paths.

“Steve was a man who lived his life to serve others and never expected anything in return,” she said.

Ervin served as Rutherford County Commissioner for District 19. His service on the commission began in 2018. At the August 13, 2020 Commission Meeting, Debbie was presented with a resolution from the State Senate and House of Representatives honoring Steve’s years of service to the community. “Steve, even as humble as he was, would’ve been so incredibly proud to receive this recognition from the state he so loved,” she said.

In 2019, he retired from his career in education and embarked on a new adventure as the County’s Director of Probation and Recovery Courts. “Steve was passionate about those who were in the program,” said Debbie. “He especially wanted to show our veterans how much he cared and appreciate their service to our country.” Ervin, who served in the United States Army, even designed a veterans’ room, honoring each branch of the military, for his office building and proudly displayed the American and POW-MIA flags on the exterior.

Debbie went on to say, “Steve was so proud to be a part of Rutherford County, where he felt he could make a difference.”

Steve was already on that pathway and making a significant impact as an educator prior to joining the County. After deciding that both law enforcement and the auto industry were not for him, Ervin enrolled at Middle Tennessee State University in 1991. He and his oldest daughter Erica started their freshmen year at the same time!

Ervin earned his Bachelor of Science in Business in 1996 and a Masters in Business Education in 2000. In 1999, he started his teaching career at Lighthouse Christian School (LCS). “Though he taught many subjects there, Civics was his passion,” mentioned Debbie.

In November 2005, Steve organized a mock Presidential Election which caught the attention of The Tennessean, who covered the election process. Robert Counts, Republican Presidential nominee was quoted saying, “I was never interested in government before the race…”

Debbie said that Ervin’s vision was not only to introduce his students to things happening around them, but he also believed deeply that they should learn to serve in their community. In December 2007, Steve coordinated a community event for his students. Backpacks were stuffed and donated to the Metro Police Department (where Ervin formerly served as an officer in the 80s) for their Christmas Basket Program. The Tennessean covered the event and Steve was quoted saying, “The Bible says you do the good because it is in your heart.”

“Steve exemplified that very quote,” said Debbie, noting in May 2010 when floods devasted the Antioch area, a member of LCS started a refuge that housed volunteers from all over who came to help rebuild the area. “It was Thanksgiving and the refuge was trying to feed the community, who otherwise might not have had a Thanksgiving meal, but they did not have enough to feed them all. Steve sent them 20 pre-cooked turkeys!” In the Spring of 2018, he was honored with the first LCS “Legacy of Leaders” award for his service in the community.

“This was just one example of the heart Steve had,” said Debbie, a reason she said that he wanted to do even more for his community and so he ran for District 19 Commissioner, and won! “This was one of his proudest moments, allowing him once again, to serve his community.”

Debbie commented that of all his accomplishments, Steve’s pride and joy were his six children, seven grandchildren, and one great-grandchild. He was preceded in death by one of his daughters.

“Commissioner Ervin was a one-of-a-kind gentleman,” said Rutherford County Mayor Bill Ketron. “He loved this community, had a passion for people no matter their walk of life, and had a servant’s heart. He was known for his Christian faith and service as Chaplain for the Commission. He is truly missed by all.” 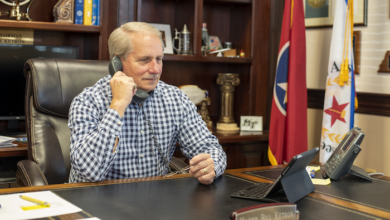 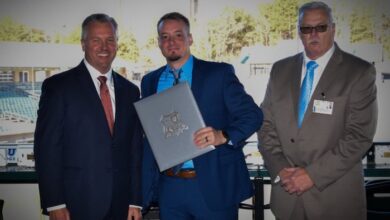 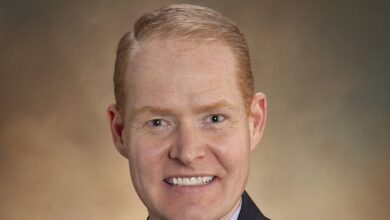