The first fire occurred at The Cove at Center Point I located at 910 Brown Drive around 7:00 pm. According to Acting Battalion Chief Mike Keith, flames were rolling out of a second story unit when crews arrived.

There were no injuries associated with the incident. The unit where the fire initiated received heavy fire damaged. Surrounding units were spared, but the unit below received some water damage and at least four had very minor smoke damage.

Two residents have been displaced.

It appears the fire could have started in a back bedroom, but the cause is unknown at this time. The Fire Marshal’s Office has been called to the scene to investigate.

The second call came in right around 7:30 to Belle Aire Apartments at 1207 Sloan Street. Crews arrived to find flames coming out of the back of the affected unit. Other units possibly received some smoke or water damage, but the number is unknown at this time.

The Sloan Street fire appears to have started in a dryer in the kitchen area. 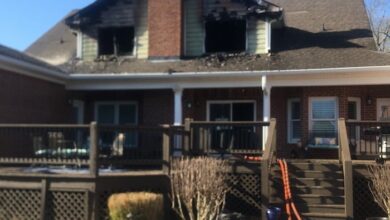 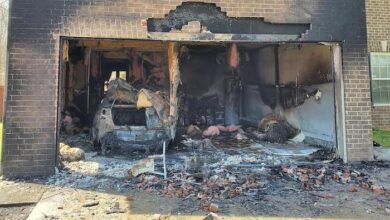 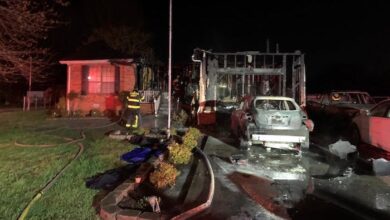 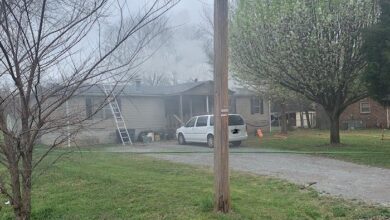