Middle Tennessee State University and officials with the U.S. Army’s 101st Airborne Division in Fort Campbell, Kentucky, and the XVIII Airborne Corps at Fort Bragg, North Carolina, have formed a partnership to encourage education, research and innovation collaborations in STEM fields and other disciplines.

The agreement seeks to enhance knowledge transfer, increase coeducational opportunities for military and civilian scholars in the areas of STEM — science, technology, engineering and math — and promote greater understanding between the Army and MTSU as well as the national security and academic communities.

“We are excited to collaborate with members of the 18th Airborne Corps and the 101st Airborne Division to advance these goals. The possible benefits and outcomes from this transfer of knowledge holds great potential for both our national security and academic communities.”

Ritchie, a Canadian officer assigned as the assistant commanding general for operations with the XVIII Airborne Corps at Fort Bragg, North Carolina, said the 101st Airborne Division “will serve as the lead organization to interact with MTSU to advance innovation initiatives of mutual interest and benefit.”

“Both XVIII Airborne Corps and the 101st Airborne Division are proud of our … partnership and we want to celebrate this relationship during the ceremony and campus visit.”

The XVIII Airborne Corps is comprised of four divisions and eight separate brigades, totaling 90,000 soldiers. The 101st Airborne is one of four divisions in the corps, Ritchie said, adding, “together, we are pursuing an innovation agenda.”

The agreement’s purpose is to establish a partnership model to accomplish the following objectives relevant to the implementation and operations of the XVIII Airborne Corps:

“By connecting the wealth of knowledge and expertise that exists within our respective institutions, we not only strengthen our own initiatives but we create the potential for discoveries that can protect and strengthen the wider communities we serve,” Byrnes added.

Ritchie was joined by Col. John Lubas, deputy commanding officer for operations with the 101st Airborne Division since July 20.

While on campus for the 2½-hour visit, Army officials:

“This is a great opportunity for MTSU and MTSU students to apply what they have learned in an academic setting with our counterparts in the United States Army,” said Corns, who began discussing the partnership with Rivera, the 101st Airborne’s UAS operations officer, in November 2020.

Attendees saw and flew a variety of drones — from low-cost student built to DJI Phantom 4 Pro, DJI M210, a Z30 with digital zoom camera and an XT2 with thermal imaging camera — and a portable trailer and UAS vehicle.

In November 2020, MTSU and the 118th Wing of the Tennessee Air National Guard signed an agreement to collaborate in several areas, notably in research of unmanned aircraft systems operations and computer science.

The memorandum of understanding, signed by Byrnes, Tennessee Adjutant General Maj. Gen. Jeff Holmes and Wing Commander Col. Todd A. Wiles, also calls upon both entities to collaborate in training and research initiatives. 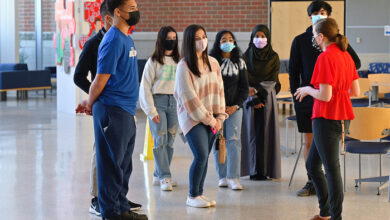 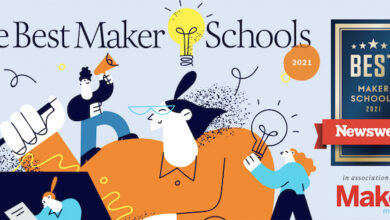 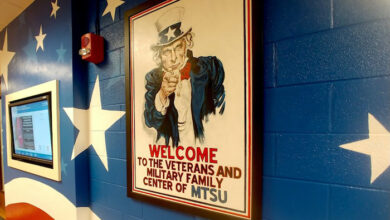 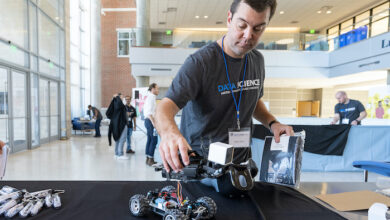