Unclaimed property is money turned over to the State by businesses and organizations that were unable to locate the rightful owner. The Unclaimed Property Division is a consumer protection program of the Tennessee Department of Treasury that works to reunite the millions of missing dollars turned over every year with its rightful owners. Each year, businesses turn over thousands of unclaimed properties to the State. Last year, there were more than 1.8 million pieces of property turned over from businesses.

The money returned to Rutherford County represents 70 unclaimed properties, which included vendor checks, accounts payable, court deposits, cashier’s checks, insurance premium refunds, and escrow funds. These funds were turned over to the State during the past year.

“We are grateful for the diligent efforts of Treasurer Lillard and staff in gathering, tracking, and returning these funds back to our community,” Rutherford County Mayor Bill Ketron said.

Legislation passed by the General Assembly in 2017 allows for greater efficiency in reporting and returning unclaimed property to Tennesseans. Included in this law is a provision Treasurer Lillard is particularly proud of, allowing his office to return missing money to local governments and Tennessee schools without requiring them to file a claim.

“We are grateful that Treasurer Lillard and his team have returned these unclaimed funds belonging to the people of Rutherford County,” said Senator. Reeves. “They have worked diligently to return missing money to rightful owners. We also urge local citizens to check the Tennessee Department of Treasury’s easily searchable Unclaimed Property website to see if they have any unclaimed funds.”

“I am grateful to Senator Shane Reeves and Senator Dawn White for supporting the Unclaimed Property program, giving Treasury the ability to proactively put money back into the hands of local governments and schools,” Treasurer Lillard said. “The support of these legislators has allowed us to increase efficiency and return more money to your communities.”

“I am proud to see the State’s Unclaimed Property program put to work for Rutherford County,” said Senator White. “As a strong fiscal conservative, I believe it is important to ensure that every dollar is used to its fullest potential and appreciate the work the program does to ensure our local governments receive their unclaimed funds.”

Anyone can see if they are owed any missing money by searching their name at ClaimItTN.gov, and may file a claim online if they find unclaimed property belonging to them. 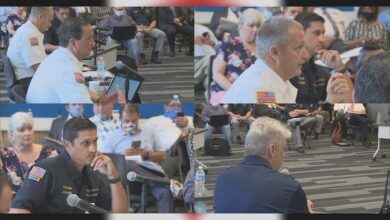 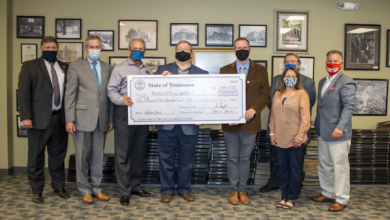